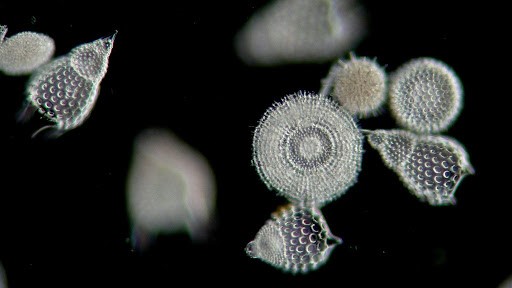 For hundreds of years, we’ve been reading about and watching investigators pull physical evidence off victims’ bodies and criminals’ clothing to solve crimes. This practice of identifying criminals and tying them to the crimes with trace evidence is one used by forensic teams to this day. They examine microscopic algae, such as diatoms, found on victims and assailants to prove the assailant was present at the scene of the crime in the eyes of the law. The success of their argument relies on the quality of the evidence they find, thus making the type of microscope they use critical.

What Are Diatoms and Where Are They Found?

Diatoms are one type of microscopic algae commonly used as circumstantial evidence in criminal investigations. This group of algae is found in locations involving water, such as oceans, lakes, waterways, damp soil, and even wet rocks. Their presence can help prove a death occurred from drowning, and they cling to clothing, footwear, and tires, which may demonstrate that a particular third party was present at a crime scene.

Diatoms may appear brown to the naked eye, but the 20,000 different species can display in a myriad of colors and shapes under a microscope. As the methods for using diatoms in forensic science are being perfected, the use of microscopic algae in court continues to grow.

The Importance of Diatoms in the Victim’s Body

Since the 19th century, diatoms have been used to diagnose drowning as the cause of death. Because of their microscopic size — just 20-200 microns in length (approximately the width of a human hair) — people often inhale these groups of algae while they are submerged underwater. The diatoms are then transported throughout the body and can be found by post-mortem examination in internal organs, such as the lungs, kidneys, and bone marrow.

Forensic scientists can examine the diatoms from the victim and the body of water where the body was found under a microscope to get an idea of what happened at the crime scene. Depending on the evidence they uncover, several different conclusions may be made.

While the examination of microscopic algae can reveal a lot about how a victim died, it is agreed that other forensic pathology techniques should support the evidence.

The Importance of Diatoms on the Assailant

In addition to proving the cause of death by drowning, diatoms are increasingly being used as trace evidence to prove an assailant was present at the scene of a crime. Diatoms exist in many different environments and easily stick to clothing, footwear, personal belongings, and tires. They also retain their diagnostic features even after the cell dies and several years go by. For these reasons, diatoms have been successfully used to tie assailants to crime scenes involving homicide, burglary, and assault.

The field of diatom analysis is still growing, and therefore, there are few forensic diatom scientists worldwide. As more about diatoms emerges, more forensic experts will study and analyze these microscopic algae to solve crimes.

A forensic scientist is only as good as the equipment they have to use. For this reason, it’s essential to have high-quality, precision microscopes, especially when examining matter such as diatoms. Experts in the field of diatom analysis often use comparison forensic microscopes and stereo microscopes to get an accurate picture of what happened during the crime.

For more information about our microscopes, reach out to our team today!